Sign up below to get the latest news, offers and events from Gin Foundry. Receive 10% off on Gin Kiosk when you sign up too!

Thank you for subscribing.

Check your inbox and confirm the link to complete the process.

In what would have been its 8th year, we have decided not to produce our Gin Advent Calendar, Ginvent. Here to explain a little more is its inventor, Olivier Ward, to explain. 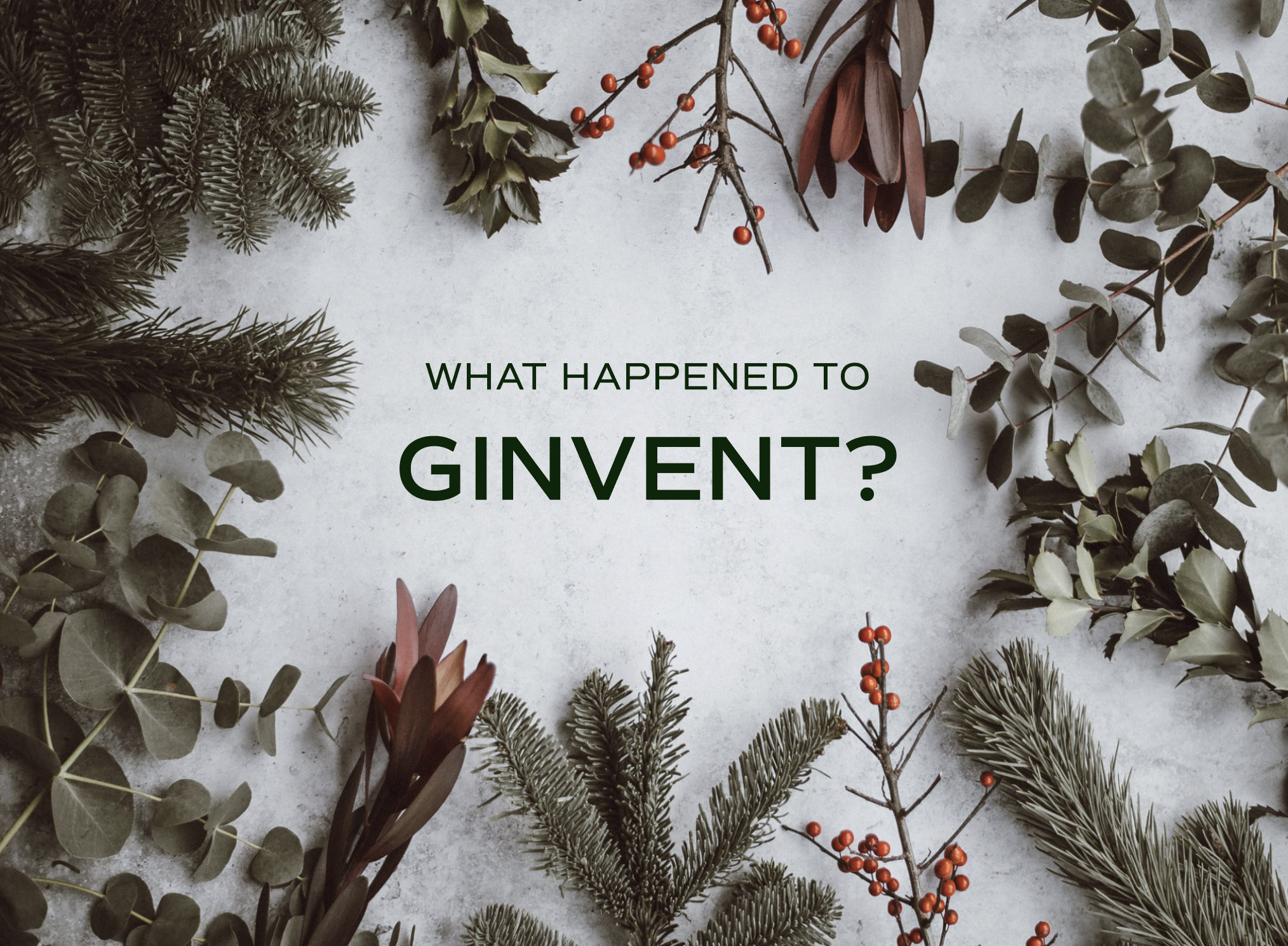 I created Ginvent becasuse i was looking for a way of celebrating gin over the entire month of December. I felt like the best way to do that was to make something that everyone would be familiar with and that they could enjoy at home, in their own way. It was such a simple concept that I couldn’t understand why it hadn’t been attempted before. Why was there not a miniature calendar filled with booze?!

Turns out, back in 2012, there were many reasons why it wasn’t that simple and no-one had done it. There weren’t the thousands (literally) of gins there are today for starters, and out of the 60-80 or so available in the UK, less than a dozen were available in miniature form, two of which were Gordon’s at different ABV’s…

I battled through, built a full sized one in a bar to see the response and the following year, teamed up with the gents at Atom Supplies (Drinks By The Dram) to create an industry first. As pioneering as a gin-filled advent calendar was, for me, Ginvent was about a bigger concept and never really about making a product. Ginvent was a way of connecting drinkers to an array of producers and exposing them to the huge diversity within the category. I am an educator, commentator and ambassador for the category and that remains my entire focus.

You’ll find that now, most copycat calendars sold (some are brilliant, some are a travesty) will feature brands based on commercials alone, and none of them care what happens after the first week of December, when advent calendar sales naturally come to an end. By contrast, almost all of our Ginvent activity in the past began on the 1st of December, and yes – even all the way up to Christmas Eve. 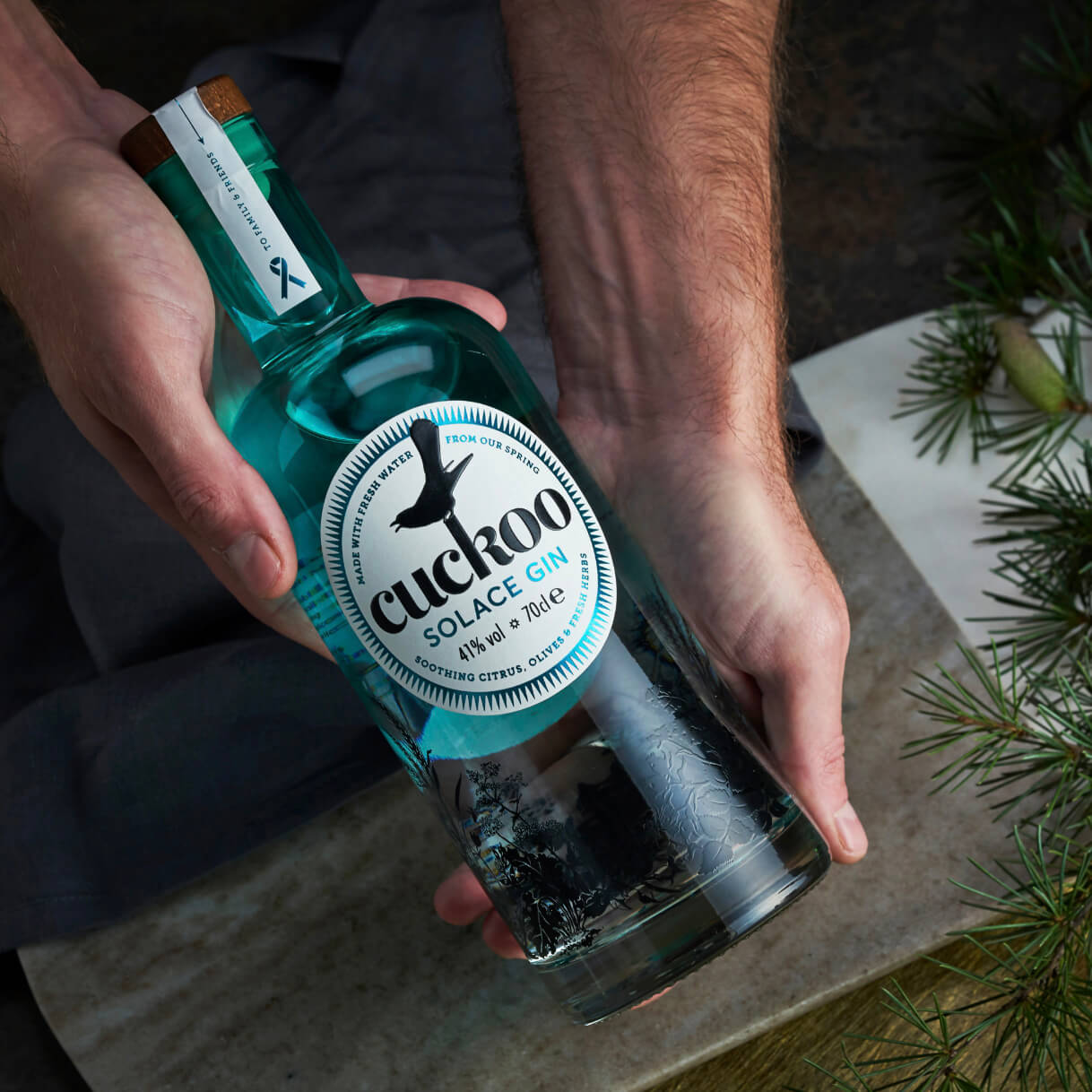 There’s a community of gin lovers that take part and over the years thousands of you have tweeted, blogged, snapped pictures, been to our events and joined us for drinks at our pop-ups. The calendar, as great as it is, is merely the vehicle off which we can immerse you in a world of gin and all of its beautiful flavours, ideas, makers and more.

It’s inclusive and we deliberately do activities where people who don’t care about the calendar itself (and who will probably never get one), can just pop-in and learn more or taste one of the gins inside. The aim is to explore, not just sell old favourites to a captive audience. Our aim is to introduce gin to people who may not know much about it both through the box or around it. Both of those things have to be done beyond putting bottles in a box and need a much broader agenda of activity to succeed. 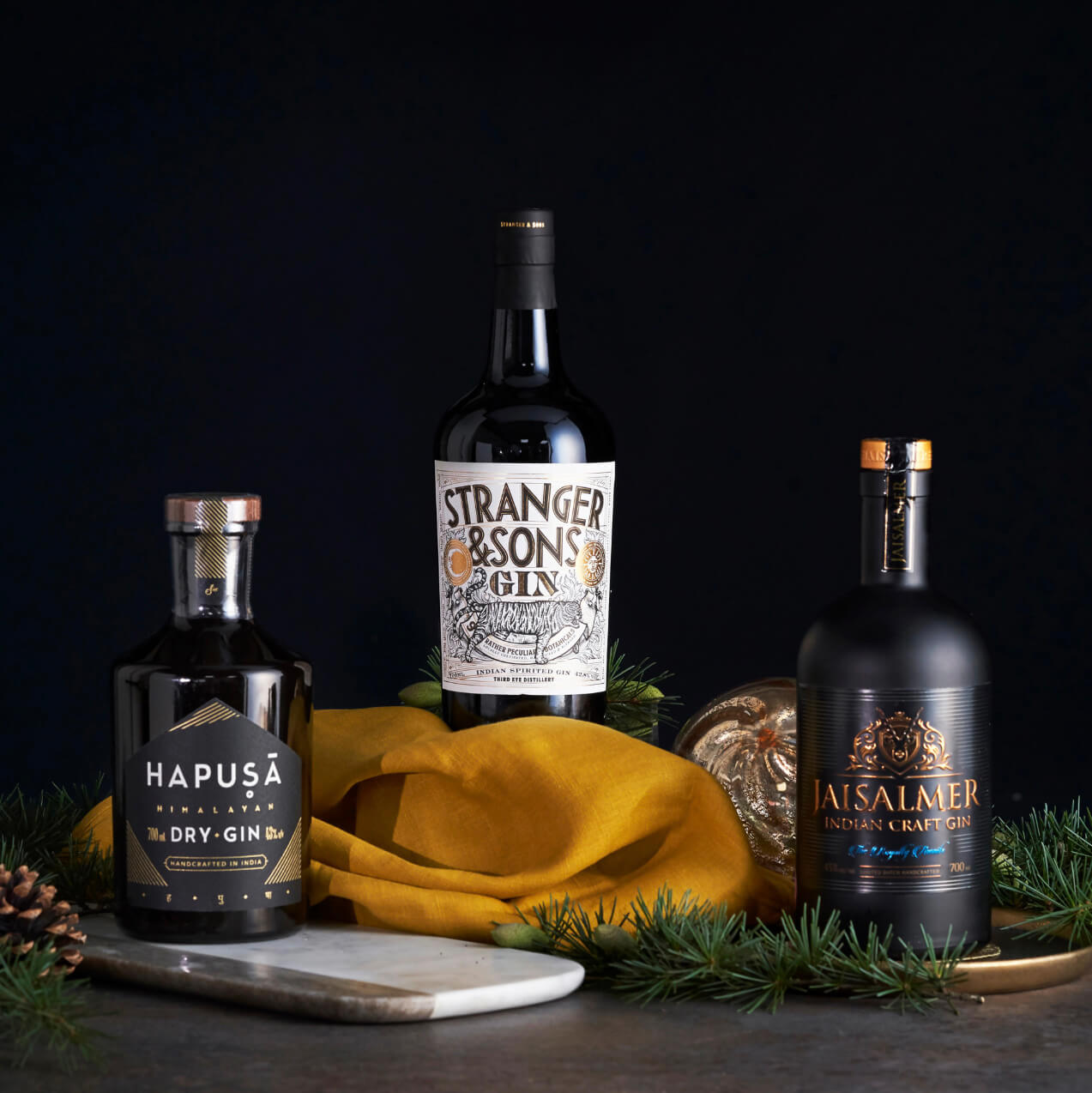 We spend ages trying to curate the selection and find ways to create new products so that we can explore new frontiers of gin. For example, last year we had a trio of Indian Gins to show you all what was about to happen to the country and to its producers and look at that scene now! We’ve had explorations of foraging, provenance and more in the past, tapping into trends and bringing them to life through themed sequential tastings (like award winners, or Old Toms). We’ve had new gin launches in the calendar. To really push the boat, we’ve also done our own collaborations like Treth Ha Mog with Tarquin’s, in order to showcase ideas that push the boundaries of what craft distilling is about too. 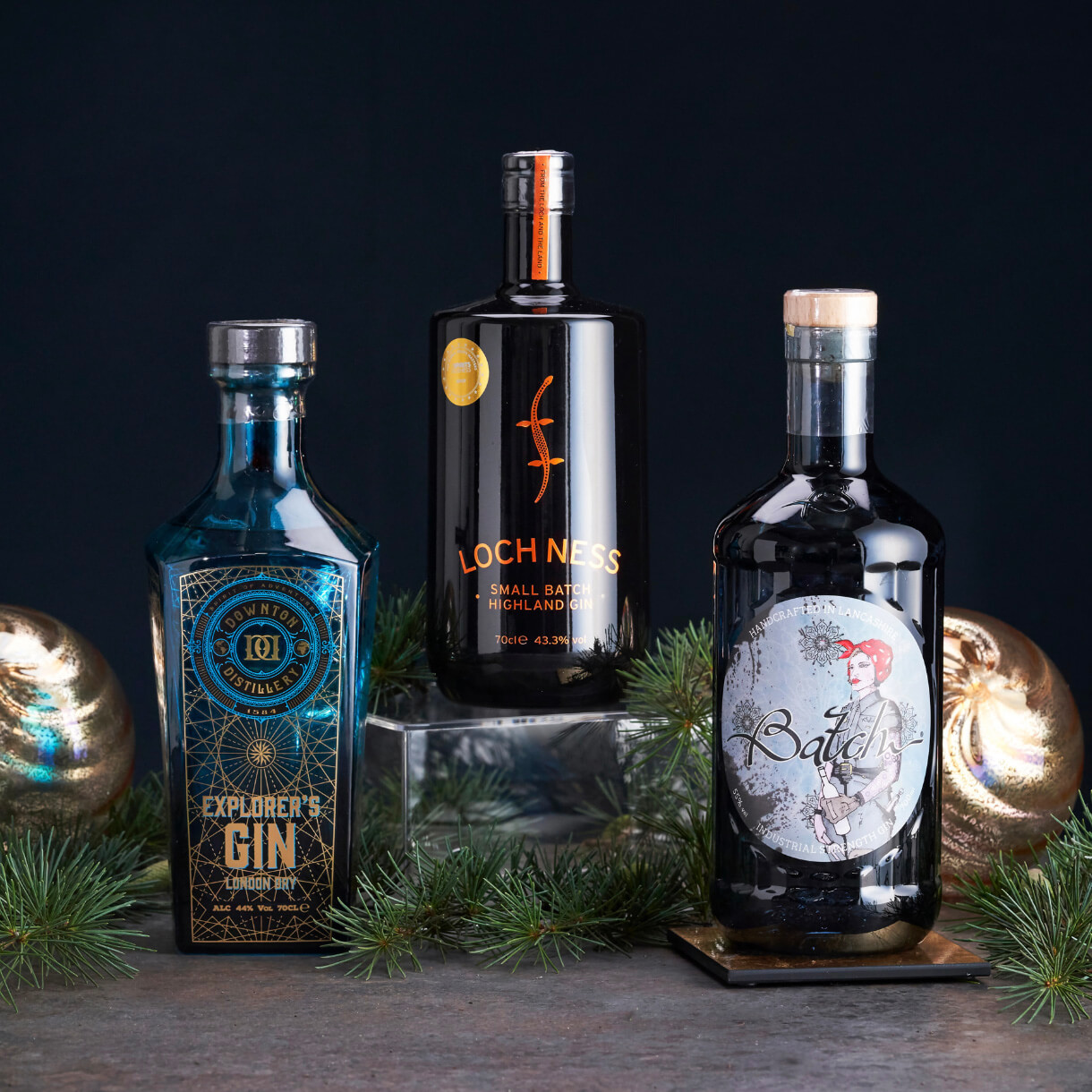 SO WHY NOT THIS YEAR?

A curated 24 gin journey around the category in a year where releases and innovation haven’t been on par with previous years is tough. No collabs (we haven’t been able to travel), no live events (Bojo has seen to that) and limited ways to reach an audience only partially interested in gin (compared to pop-us or collaborating with bars to do special menus) severely impact our ability to do what we do.

Could it all go digital only? Sure, but this year digital tastings and education delivered via editorial are also compromised, as we are rebuilding Gin Foundry into its new glorious site, while also trying to improve Spirits Kiosk – both of which monopolise all of our waking hours.

The reason we haven’t just diverted the attention back to Ginvent is because I feel Spirits Kiosk is doing something special for the Gin category. While there’s a long way to go before our gin collection reaches what we want it to be and features all the producers we love, but we’re getting one step closer each day.

Already, we’ve reached a level where no other retail site has this much info about the gins it stocks. No other will tell you straight where something is made – especially when it’s contrary to what the producers “would prefer you to say”. No other will give you a garnish or cocktail suggestion by default across each gin and no other has info about the level of detail about producers or their process. When it comes to how gin is sold, we are pushing transparency and education for the category forward into a new era. That mission is critical to the long term growth of the category and  must be developed further. 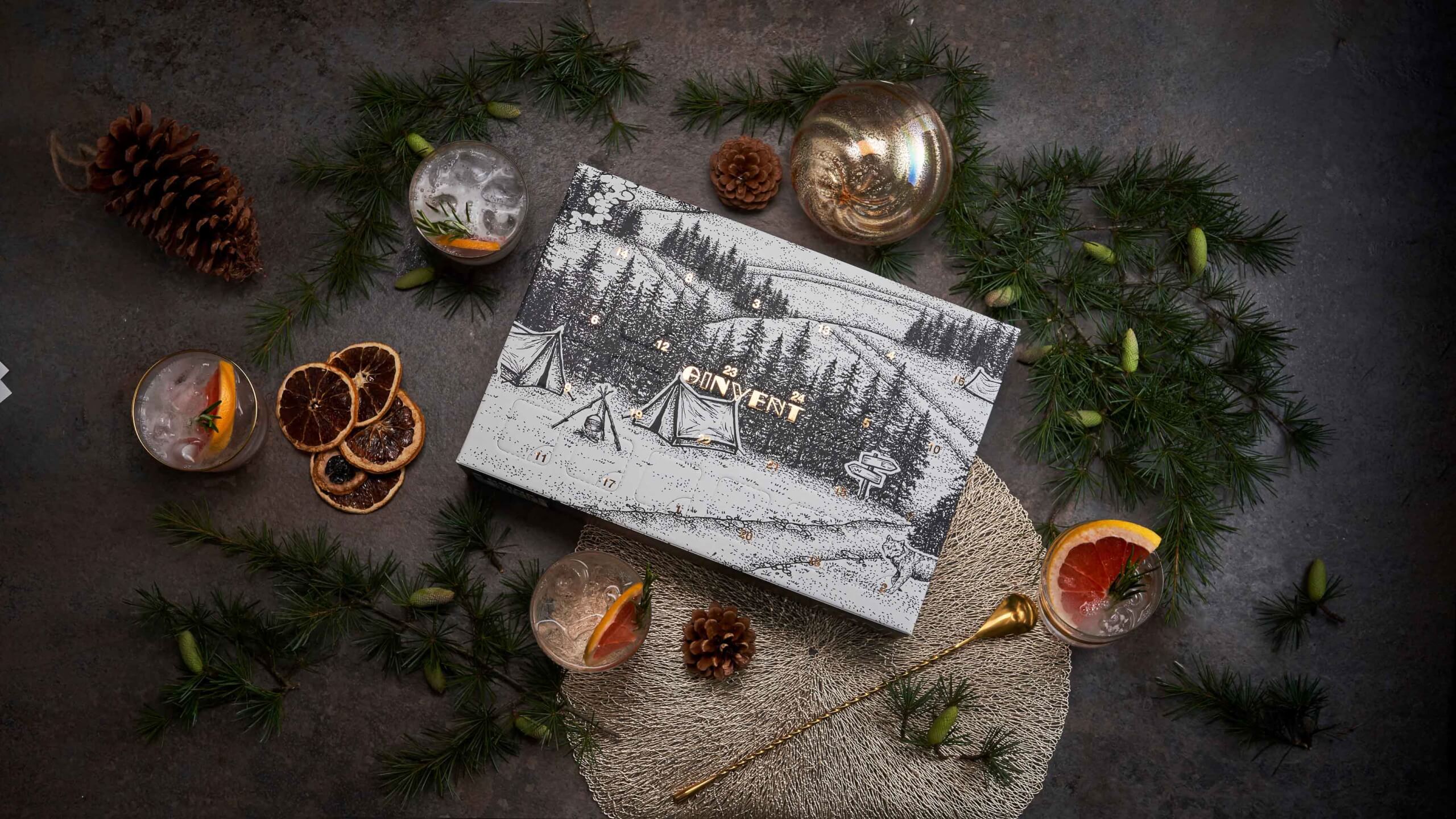 If the point of Ginvent was to help gin drinkers in the UK discover more, but that both the contents and the platform were compromised due to Covid and to prioritising pushing a  new era of online retail (and soon editorial) for spirits, one has to question whether it was worth doing.

We did and though conversations, we all felt that Ginvent should not go ahead this year, as it would purely be about our commercial gain and selling boxes. Not having Ginvent is a shame though – it’s been my passion project each year for almost a decade and not something that was easy to shelf for a year. That said, Ginvent will be back bigger than even in 2021, i assure you that. We have some amazing ideas, as well as projects that are already in the works for both how it can evolve and for crazy collaborations to taste that will be contained inside.

Meanwhile, we’ll be doing a few things on Social Media over the duration of December that are #Ginvent related even if there’s no box of treats this year, so please give our INSTA a follow to join in.